Share a memory
Obituary & Services
Tribute Wall
Read more about the life story of Eugenia "Jane" and share your memory.

Eugenia “Jane” Georgia Kefalides, born on March 1, 1927 in Geneseo, IL, passed away peacefully at her home in San Rafael, CA on Wednesday December 28th at the age of 95. Jane was born to William and Toula Kutsunis and raised in Geneseo, Illinois. In 1949, she married Nicholas Kefalides, and moved to Chicago where Nick completed his medical education. Jane and Nick had many adventures traveling the world during their sixty four years of marriage, including three years they spent in Lima, Peru and two years in Oxford, England. In 1970, with their three small children, they left Chicago and moved to the suburbs of Philadelphia. There they raised their three children in Merion Station, PA and maintained a gracious home for 50 years. Jane was a devoted mother and wife, with a generous spirit and a keen sense of humor. Friends and family remember fondly the Sunday evening dinner gatherings that  Jane hosted where she cooked delicious meals and cared for everyone. Jane worked as an administrative assistant while supporting her husband during his medical training and later worked in his clinical research center at Philadelphia General Hospital. Later when her kids were in school full time, she ventured into a new career path as a real estate agent, which was a career she enjoyed dearly and this profession kept her in demand into her eighth decade. Jane was known for her honesty, kindness and adept communication skills during her long and successful real estate career.

Jane is survived by her son, Paul Kefalides, his partner Mark, grandson Elias, and her daughter Patricia, Patricia’s husband Ted and granddaughters Alex, Effie and Eugenia. Jane is predeceased by her husband Nicholas and her daughter, Alexandra. Her fervice will be held on Thursday January 12th at 11 am at St. Luke Greek Orthodox Church in Broomall, PA.19008.  Viewing one hour prior to service in the church.  In lieu of flowers, memorial donations can be made to Main Line Animal Rescue, https://www.mlar.org/

To send flowers to the family or plant a tree in memory of Eugenia "Jane" Georgia Kefalides, please visit our floral store. 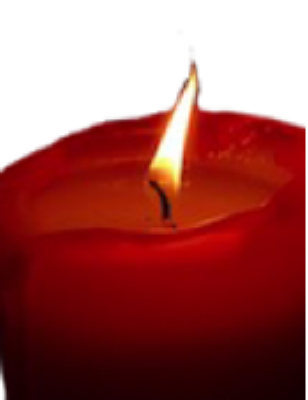