Share a memory
Obituary & Services
Tribute Wall
Read more about the life story of Walter and share your memory.

Walter “Walt” “Poppy” Francis Staret, Sr., (84), devoted husband of 60 years to the late Maryann Rita Staret (Charlino) of Drexel Hill and Collegeville, PA., passed away peacefully on February 19, 2021, at Rosewood Gardens Rehabilitation and Nursing Center in Broomall, PA.  Born on September 17, 1936 to the late Jennie (Shumoski) Staret and the late Walter S. Staret in North Philadelphia, St. Peter’s Church Parish.  The family moved to Northeast Philadelphia where Walt attended LaSalle College High School.  He graduated from Villanova University in 1958 with a Bachelor of Science degree in Civil Engineering.  That same year, he began his career with the Philadelphia District Army Corps of Engineers and in 1967 passed his Professional Engineers Licensing Exam.  Walt was proud of and dedicated to his work and colleagues, serving as a Supervisory Civil Engineer, Landfill Manager, and Project Engineer throughout his 50 years of service and was recognized for distinguished service by the Pennsylvania Society of Professional Engineers, Delaware County Chapter.  He was heavily involved in projects such as the dredging of material from the Delaware River to deposit in areas of Delaware County needed to complete construction of I-95 in the Tinicum/Ridley Park areas, and the review of emergency cleanup and repair work from damages caused by the major flooding of the Chester Creek in Sept. 1971.

Walt met the love of his life, Maryann, in Philadelphia through their lifelong friend, Edward “Eddie” Helmig. They married in 1960, settling in Drexel Hill, PA where they raised their three children and had many memorable, happy occasions entertaining family and dear friends and neighbors.  Walt was extremely devoted to taking care of his family and was always involved in the educational, athletic, and artistic endeavors of his children and grandchildren.  As a devout Catholic, he was an active member of St. Andrew the Apostle Parish in Drexel Hill, PA.  Later in life, he and Maryann moved to Collegeville, PA where he continued to be active in his grandson’s athletics as well as in St. Eleanor’s Catholic Church.  He was very patriotic and served as a poll worker for many years in Delaware and Montgomery Counties.  A firm believer in giving back, he reached the 100-gallon mark as a blood donor for the American Red Cross.

He was a lifelong avid Philly sports fan, and especially enjoyed watching the Phillies and Eagles with Maryann.  He enjoyed family time, trips to the Jersey shore and Florida, reunions with his St. Pete’s 8th grade classmates, LaSalle HS classmates, and his Army Corp of Engineers colleagues, bowling, shooting pool, playing basketball and baseball, a good cigar and a cold beer, and was known for his signature Hawaiian shirts, suspenders, and hats.  He never missed the chance to get on the dance floor at any family event and truly appreciated all kinds of music, with a particular affinity for the Mummers.  He instilled in his family a deep sense of integrity, loyalty, and doing the right thing, even when it is unpopular and not the easy choice.  Walt was a kind soul, had an incredible sense of humor, and could make a friend anywhere he went.

Walt was survived by his cherished wife, Maryann Rita Staret (Charlino); his treasured children; Walter Jr. (Dara) of Jacksonville, FL., Frances of Philadelphia, PA., and Paula of Collegeville, PA.; adored grandchildren Jerry, Jennie, and Shane; beloved nieces and nephews, including the late Maureen Mc Laughlin (wife of the late Raymond) of Burdett, N.Y., Eileen Jeffery (Tim) of Dallas, TX., Irene Bailey (Keith) of Englewood, CO., Siobhan Beckstrom of Oregon, Bridget Newmiller (Dave) of Royersford, PA; generations of cousins; and friends whom were near to his heart. In addition to his parents, he was preceded in death by his dear sisters, Frances E. Feeney and Victoria Staret, as well as his cousin Stanley W. Shumoski, Jr.

Relatives and friends are invited to attend his Visitation on Friday, January 20th from 9:30-10:30AM at Vraim Funeral Home, 66 S State Rd, Upper Darby, PA 19082; followed by the Funeral Mass at 11AM at St. Andrew the Apostle, 3500 School Ln, Drexel Hill, PA 19026; and Committal at SS. Peter and Paul Cemetery, 1600 Sproul Rd, Springfield, PA 19064.  The Funeral Mass will be recorded and available on the Vraim Funeral Home website.

In lieu of flowers, memorial contributions may be made in his name to The Corps Foundation, Official non-profit of America’s Lakes and Waterways :https://corpsfoundation.org/ . To view the obituary or send condolences go to https://www.vraimfh.com/

To send flowers to the family or plant a tree in memory of Walter Francis Staret, please visit our floral store. 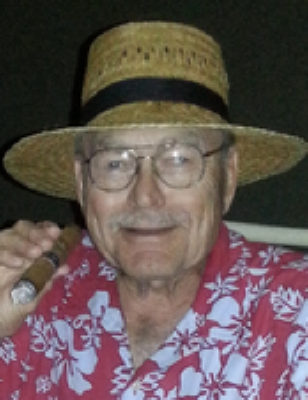